The Red Book and a Word from the Sister 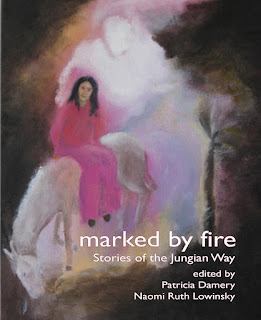 Stories of the Jungian Way


"This life is the way, the long sought after way to the unfathomable which we call divine"
—C.G. Jung, The Red Book

Marked by Fire: Stories of the Jungian Way is a soulful collection of essays that illuminate the inner life.

When Soul appeared to C.G. Jung and demanded he change his life, he opened himself to the powerful forces of the unconscious. He recorded his inner journey, his conversations with figures that appeared to him in vision and in dream in The Red Book. Although it would be years before The Red Book was published, much of what we now know as Jungian psychology began in those pages, when Jung allowed the irrational to assault him. That was a century ago.

How do those of us who dedicate ourselves to Jung’s psychology as analysts, teachers, writers respond to Soul’s demands in our own lives? If we believe, with Jung, in “the reality of the psyche,” how does that shape us? The articles in Marked By Fire portray direct experiences of the unconscious; they tell life stories about the fiery process of becoming ourselves.

A Word from the Sister


The publication of “Marked by Fire” is exciting. I want to share a portion of Naomi's essay in the collection, especially the part where I show up and play a pivotal role. I hope you’ll want to read more....

Drunk with Fire
How The Red Book Transformed My Jung

Support me for I stagger, drunk with fire. . . . I climbed down through the centuries and plunged into the sun far at the bottom. And I rose up drunk from the sun . . . The Red Book

There has been a breach between C. G. Jung and me. How could that happen? I had no idea who I was until I met Jung, nor had I had a decent conversation with my soul. Jungian analysis showed me my way into the world, and into my inner life—it opened the door to the poet I'd left behind in my childhood. But when I encountered Jung's suspicious attitude toward artists—so like a Swiss burgher—the poet in me was offended.

Enter The Red Book. When I sat down with that enormous tome on my lap and leafed through its gloriously illuminated pages, its visionary poetry, its astounding paintings and mandalas, my heart opened to my illustrious ancestor—all was forgiven. I felt vindicated. Jung, as I'd always suspected, was a closeted poet.

What is this Red Book? During a difficult time in his life, after his break with Freud, Jung was deluged with powerful images and visions. He wrote them down and painted them. He created a strange and beautiful book—bound in red leather—to hold them. It looks like a medieval illuminated manuscript. The Red Book was not published, even after his death, because of concerns that its wild, prophetic tone would cause people to dismiss Jung as a mystic or a madman. When it finally came out in 2009, it surprised the Jungian world by creating a media sensation and selling out its first printing 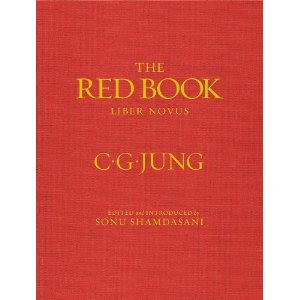 With the publication of The Red Book my Jung has been transformed. He is "outed" as a poet and a painter. He writes directly out of his vulnerability, working out his relationship with his soul in the depths of the mythopoetic imagination, just as I do. InThe Red Book Jung reclaims his soul—or rather she reclaims him. She appears to him and becomes his guide. She is an inner figure with a mind of her own. This honoring of the voice from within, which Jung would later call active imagination, is one of his greatest gifts to me. Instead of ignoring or dismissing voices that speak to me from within, Jung taught me to listen and to engage in dialogue with them. When "The Sister from Below" began speaking to me, telling me she was my muse, my soul, my writing life took off.... 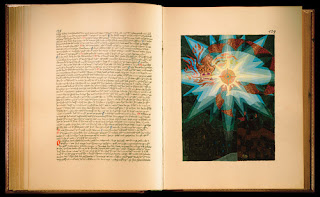 When Jung implores, "Support me for I stagger drunk with fire," I feel a tug and am deeply moved. Why is this? They are wildly poetic words—in the Dionysian mode. They take me down to that primal level of religious feeling—worship of the sun, our source. I know the states he describes. To be drunk with fire tells it all—the creative ecstasy—at once wildly enlivening and demonic—fire as Dionysus, fire as Shiva, fire as Pele. Certainly being a poet can mean being drunk with the sun from the bottom of time. One finds oneself climbing "down through the centuries" pursuing a word, an image, a phrase of goat song.

It has been essential for me to write directly out of the experience of being in other realities, rather than describing such states from a safe distance. In The Red Book Jung contains his intense and overwhelming experiences by writing them down, by painting them. I recognize that urge. I have shelves and shelves of journals in which I've worked to contain my own fire, to follow inner figures, to work with poems and with dreams, to dive below the surface of the times to what is moving in the depths. And I always feel better, more grounded, more real to myself after I do.

Enter, the Sister from Below. She's got an idea:

Why don't you take your own advice? Do an active imagination with Jung, now that you feel this warm glow of kinships libido for him? Imagine you two are sitting by the primordial fire, as he puts it in The Red Book:


An old secret fire burns between us. . . . The words uttered at the fire are ambiguous and deep and show life the right way. . . .
[We] will respect the holy fire again, as well as the shades sitting at the hearth, and the words that encircle the flames.

This makes me nervous. Jung is the master of active imagination. Is it hubris to invoke him? But I have learned to listen to the Sister. So I sit down, with my notebook. Jung, I discover, is reluctant. He is not at all sure he wants to engage in this exercise... 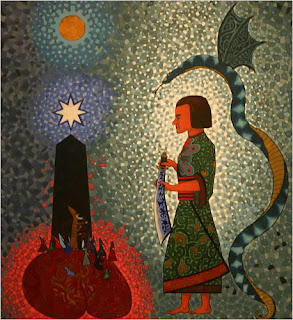 Posted by Patty Cabanas at 3:42 PM