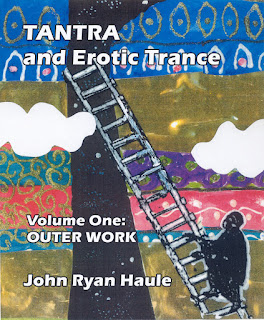 We embark on the vertical path only by developing a new relationship with our body, in fact reversing some of the assumptions most of us take for granted.  This first volume, “Outer Work,” describes the influence our body can have on our consciousness, beginning with a new valuation of orgasm and its role in human sexuality.  We also learn that being separated from our partner can be no less important than being together.  Finally, Tantra takes us into conflict with the values of society at large and recommends an heroic stance in which we court the most disturbing and overwhelming emotions in a spirit of equanimity.  The first volume ends with the reforms of the great tenth century devotee of Shiva, Abhinavagupta, who urged his disciples to turn their attention away from the outer forms of their practices and to attend instead to the changes occurring in their consciousness.

Abhinavagupta made the essential mystical move recognized in every religious tradition:  that we must learn to reverse our attention, away from the deity or sacred object before us to the effects such beings cause in our awareness.  His contribution, then, becomes the foundation for Volume Two, “Inner Work.” 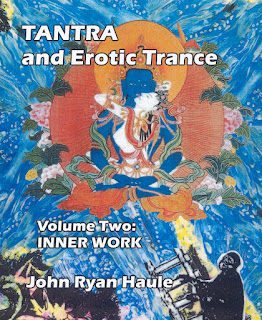 Now in Volume Two, “Inner Work,” we turn our attention away from “outer” goals having to do with our physiology and our relation to society at large and its prescriptions, to the much more subtle “interior” changes occurring in our consciousness.  Continuing our climb up the rungs of the diamond ladder, we are introduced to the landscape of mysticism, a topography whose several regions are each characterized by the mastery of a different psychological capacity.

Yoga gives us an interior ladder in the form of the subtle body that is comprised of the chakras, each of which opens onto a distinctly different emotional realm.  In this work our “feeling function” becomes highly differentiated.  Tibetan mandala meditation disciplines our imaginative capacity, as we bring the heavenly palace of copulating gods and goddesses into being.  By cultivating emptiness, we pare away our attachments to the memories that have been holding us back and the aspirations that narrow our future so that we can dwell in the present moment, without the props of doctrine and method.

Passing beyond our personal self, we are introduced to the divine oneness of the cosmos, pulsing between accomplished union and the vision of that with which we are united.  We return from such ecstasy to live our temporal lives on two planes simultaneously as spiritual wayfarers.

John Ryan Haule holds a doctorate in religious studies from Temple University. He is a Jungian analyst trained in Zurich and is a faculty member of the C.G. Jung Institute-Boston.