Press Release: Out of the Shadows 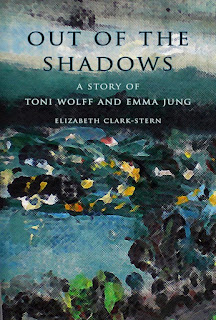 Out of the Shadows
a Play by Elizabeth Clark-Stern

The year is 1910. Sigmund Freud and his heir-apparent, Carl Jung, are changing the way we think about human nature and the mind. Twenty-two year old Toni Wolff enters the heart of this world as Jung’s patient. His wife, Emma Jung, is twenty-six, a mother of four, aspiring to help her husband create the new science of psychology. Toni Wolff’s fiercely curious mind, and her devotion to Jung, threaten this aspiration. Despite their passionate rivalry for Jung’s mind and heart, the two women often find themselves allied. Born of aristocratic Swiss families, they are denied a university education, and long to establish themselves as analysts in their own right. Passionate and self-educated, they hunger for another intellectual woman with whom to explore the complexities of the soul, the role of women in society, and the archetypal feminine in the affairs of nations.
Their relationship spans 40 years, from pre-World War I to the dawn of the Atomic Age. Their story follows the development of the field of psychology, and the moral and professional choices of some of its major players. Ultimately, Toni and Emma discover that their individual development is formed by both their antagonism, and their common ground. They struggle to know the essence of the enemy, the “other,”and to claim the power and depth of their own nature.
About the Author

Elizabeth Clark-Stern is a psychotherapist in private practice in Seattle, Washington. Before embracing this beloved work, she worked as a professional writer and actor. Her produced plays and teleplays include, All I Could See From Where I Stood, Help Wanted, and Nana Sophia's Oasis. Out of the Shadows began as an independent study at Antioch University. Revised some years later, the International Association of Analytical Psychologists invited the original production to be performed at the International Jungian Congress in South Africa in 2007.
Published by Genoa House and available from your local bookstore, a host of online booksellers, and directly from Genoa House. Out of the Shadows ISBN: 978-0-9813939-4-0, Publication Date: June 1, 2010, Price: $17.95. To order your copy call 1-888-298-9717. International orders call: +1-831-298-5335
Media Contact: Patty Cabanas 1-831-298-5335
genoahouse@gmail.com
www.genoahouse.com