On the Doorstep of the Castle in Copenhagen 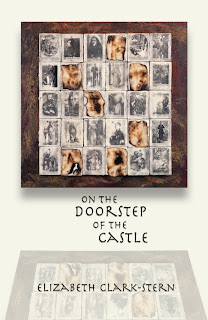 Posted by Patty Cabanas at 11:10 PM No comments:

New Publication: The Dream and Its Amplification

The Dream and Its Amplification
Erel Shalit & Nancy Swift Furlotti (eds.)
The Dream and Its Amplification is now available for shipping. Fourteen Jungian Analysts from around the world have contributed chapters to this book on areas of special interest to them in their work with dreams. This offers the seasoned dream worker as well as the novice great insight into the meaning of the dream and its amplification.The Dream and Its Amplification unveils the language of the psyche that speaks to us in our dreams. We all dream at least 4-6 times each night yet remember very few. Those that rise to the surface of our conscious awareness beckon to be understood, like a letter addressed to us that arrives by post. Why would we not open it? The difficulty is in understanding what the dream symbols and images mean.Through amplification, C. G. Jung formulated a method of unveiling the deeper meaning of symbolic images. This becomes particularly important when the image does not carry a personal meaning or significance and is not part of a person's everyday life.Contents and Contributors Attending the IAAP Congress in Copenhagen? - Don't miss the The Dream and Its Amplification book launch on August  21st at 19:00 !

What became of our fierce flowering?

In the 1960s and '70s the long forgotten and forbidden Great Goddess roused herself from millennia of slumber and took possession of young women’s imaginations. That cast out She offered a Faustian bargain—She would rip you out of your narrow domesticated self image, thrust you into the wilds of sex, power and creativity, initiate you into the mysteries of Earth and Starry Heaven, but you would owe Her your soul. A generation of women followed Her. Some knew her as Feminism, some knew her as the Deep Feminine, many as both.

The Faust Woman Poems trace one woman’s Faustian adventures through that time. Most of a lifetime later the Great Goddess returns to the poet.  As oceans rise and species die She demands Her due.

About the Author:
Naomi Ruth Lowinsky lives at the confluence of the River Psyche and the Deep River of poetry. The Sister from Below: When the Muse Gets Her Way tells stories of her pushy muse. She is the co-editor, with Patricia Damery, of the new collection Marked by Fire: Stories of the Jungian Way. In addition to the Faust Woman Poems, Naomi is also the author of three books of poetry, including the recently published Adagio & Lamentation. Her poetry has been widely published and she is the winner of the Obama Millennium Award. She is a member of the San Francisco Institute and has for years led a writing circle there, called Deep River.

Posted by Patty Cabanas at 7:28 PM No comments: